To introduce what, why, when, and how to use Real Time Operating Systems (RTOS) as well as get you
started using it with the sjtwo-c environment.
I would like to note that this page is mostly an aggregation of information from Wikipedia and the FreeRTOS
Website.

What is an OS?

They have services to make communicating with Networking devices and files systems possible without having
to understand how the hardware works. Operating systems may also have a means to multitasking by allow
multiple processes to share the CPU at a time. They may also have means for allowing processes to
communicate together.

What is an RTOS?

An RTOS is an operating system that meant for real time applications. They typically have fewer services such
as the following:

Why use an RTOS?

You do not need to use an RTOS to write good embedded software. At some point
though, as your application grows in size or complexity, the services of an RTOS might
become beneficial for one or more of the reasons listed below. These are not absolutes,
but opinion. As with everything else, selecting the right tools for the job in hand is an
important first step in any project.
In brief:

The real time scheduler is effectively a piece of code that allows you to specify the
timing characteristics of your application - permitting greatly simplified, smaller (and
therefore easier to understand) application code.

Not having the timing information within your code allows for greater maintainability
and extensibility as there will be fewer interdependencies between your software
modules. Changing one module should not effect the temporal behavior of another
module (depending on the prioritization of your tasks). The software will also be less
susceptible to changes in the hardware. For example, code can be written such that it
is temporally unaffected by a change in the processor frequency (within reasonable
limits).

Organizing your application as a set of autonomous tasks permits more effective
modularity. Tasks should be loosely coupled and functionally cohesive units that within
themselves execute in a sequential manner. For example, there will be no need to
break functions up into mini state machines to prevent them taking too long to execute
to completion.

Task interfaces can be exercised without the need to add instrumentation that may
have changed the behavior of the module under test.

Greater modularity and less module interdependencies facilitates code reuse across
projects. The tasks themselves facilitate code reuse within a project. For an example
of the latter, consider an application that receives connections from a TCP/IP stack -
the same task code can be spawned to handle each connection - one task per
connection.

Using FreeRTOS permits a task to block on events - be they temporal or external to
the system. This means that no time is wasted polling or checking timers when there
are actually no events that require processing. This can result in huge savings in
processor utilization. Code only executes when it needs to. Counter to that however is
the need to run the RTOS tick and the time taken to switch between tasks. Whether
the saving outweighs the overhead or vice versa is dependent of the application. Most
applications will run some form of tick anyway, so making use of this with a tick hook
function removes any additional overhead.

It is easy to measure the processor loading when using FreeRTOS.org. Whenever the
idle task is running you know that the processor has nothing else to do. The idle task
also provides a very simple and automatic method of placing the processor into a low
power mode.

Simple design patterns can be used to achieve a mix of periodic, continuous and
event driven processing within your application. In addition, hard and soft real time
requirements can be met though the use of interrupt and task prioritisation. 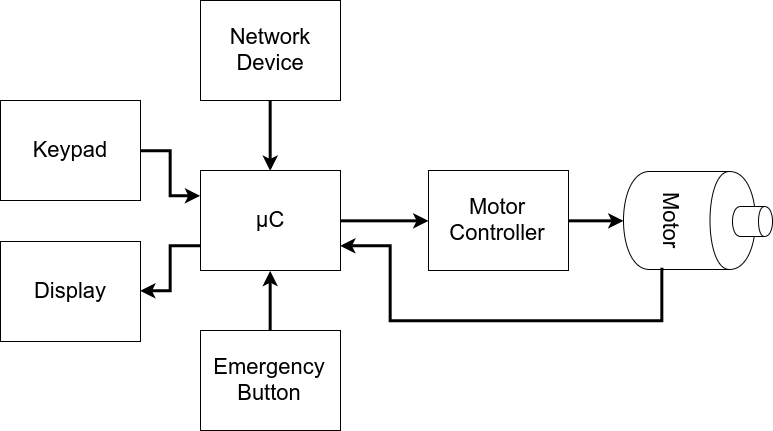 ✓  Small code size.
✓  No reliance on third party source code.
✓  No RTOS RAM, ROM or processing overhead.
✗  Difficult to cater for complex timing requirements.
✗  Does not scale well without a large increase in complexity.
✗  Timing hard to evaluate or maintain due to the inter-dependencies between the different functions.

✓  Simple, segmented, flexible, maintainable design with few inter-dependencies.
✓  Processor utilization is automatically switched from task to task on a most urgent need basis with no
explicit action required within the application source code.
✓  The event driven structure ensures that no CPU time is wasted polling for events that have not occurred.
Processing is only performed when there is work needing to be done.
*   Power consumption can be reduced if the idle task places the processor into power save (sleep) mode,
but may also be wasted as the tick interrupt will sometimes wake the processor unnecessarily.
*   The kernel functionality will use processing resources. The extent of this will depend on the chosen
kernel tick frequency.
✗  This solution requires a lot of tasks, each of which require their own stack, and many of which require a
queue on which events can be received. This solution therefore uses a lot of RAM.
✗  Frequent context switching between tasks of the same priority will waste processor cycles.

What is an FreeRTOS Task?

A FreeRTOS task is a function that is added to the FreeRTOS scheduler using the xTaskCreate() API call.

A task will have the following:

A FreeRTOS task declaration and definition looks like the following:

Rules for an RTOS Task

Tasks of the same priority

In the above situation, the two tasks have the same priority, thus they share the CPU. The time each task is allowed to run depends on the OS tick frequency. The OS Tick Frequency is the frequency that the FreeRTOS scheduler is called in order to decide which task should run next. The OS Tick is a hardware interrupt that calls the RTOS scheduler. Such a call to the scheduler is called a preemptive context switch.

When the RTOS scheduler switches from one task to another task, this is called a Context Switch.

What needs to be stored for a Context switch to happen

In order for a task, or really any executable, to run, the following need to exist and be accessible and storable:

How does Preemptive Context Switch work?

Most industrial applications use an RTOS tick rate of 1ms or 10ms (1000Hz, or 100Hz). In the 2000s, probably 100Hz was more common, but as processors got faster, 1000Hz became the norm. One could choose any tick rate, such as 1.5ms per tick, but using such non-standard rates makes API timing non-intuitive, as vTaskDelay(10) would result in sleep time of approximately 15ms. This is yet another reason why 1000Hz is a good tick rate as vTaskDelay(10) would sleep for approximately 10ms, which is intuitive to the developer because the tick times adopt the units of milliseconds.

With a far assumed that the RTOS tick ISR (preemptive scheduling) consumes 200 clock cycles, then on a 20Mhz processor, it would only consume 10uS of overhead per scheduling event. When cooperative scheduling triggers a context switch, it would result in a similar overhead as a "software interrupt" is issued to the CPU to perform the context switch. So this means that each scheduling event has an overhead of 20uS on a 20Mhz processor (assuming 200 clocks for RTOS interrupt). Based on these numbers, here is the overhead ratio of using different tick rates.

Based on the numbers above, 1000Hz is a great balance, while the 10,000Hz tick rate would provide more frequent time slices at the expense of more frequent scheduling overhead.

only and nothing more More (Definitions, Synonyms, Translation)